Yes I am jealous.
So much, it rips my heart apart.
Jealous of the guitar and its strings,
Their musical, melodious love song.
Jealous of how they always stay together.
The guitar and its strings
Making music, making love
Incomplete without each other.
They can’t touch
But they can see each other all the time.
I am so jealous, it rips my heart apart.

Yes I am jealous.
Oh so jealous. So much.
Of the grey clouds and green leaves
Of the waves and the palm trees
Of poets and poems.
They can’t touch
But they can see each other all the time.
You and I dont even have that.

I would love to hear your opinions. 🙂

But I’ll wait for you. I’ll be there in the old comfy sofa in the corner of my room. The same room in which you promised me that you’d never leave me alone. The same room you walked away from because your spirit couldn’t be bound.

Guys what the hell was I doing all this while????!!!! Why didn’t I read this book before??? I honestly feel like hitting myself on the head! This book is so so damn amazing. Reminded me that YA still rocks *_* Can’t wait for the rest of the book to arrive by mail!

He was a shipwreck. Thunder and lightning flashing over stormy angry grey clouds. Cerulean blue waves crashing on rocky cliffs with full force. He was the result of all hell breaking loose, deafening roars, pandemonium. He was the bomb blasts in war zones, blood stains on T-shirts. The ear-splitting sound of Night screaming at Day for not letting him stay with his lover- that was him. He was chaos, the chasm in souls, the breaks in hearts. He used to make everything uncertain, restless. Just like the ocean. Forever chaotic.

And then one day he met the Sky.

All The Bright Places,

How many of you read this book? 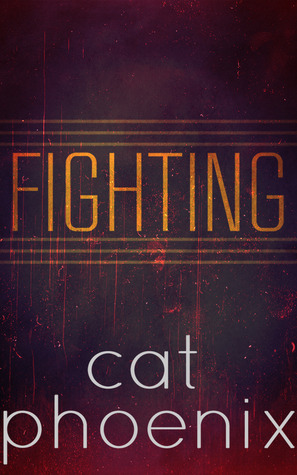 Alex is an independent twenty one year old college drop out and reformed thief when she meets Brooks. He wants her to join his team of thieves who fight to avenge the innocent, the wronged. Skeptical, she thinks he’s cracked and needs to be taken back to the mental facility he’d broken out of.

Eventually, just for kicks and giggles, she lets Brooks convince her to take a chance on him. Her world is flipped upside down as she identifies with and comes to care for her new crew, except for the one man she loathes: Ethan. God, what an arrogant bastard. As Alex changes, so do her feelings for Ethan. Alex fights more than just her attraction to Ethan as they are bound together in a fight to survive.

When Alex and her crew’s lives are endangered, will she run away or stand up and fight?

The summary of this book intrigued me. But I was still very unsure when I began reading this book. It was quite slow in the first few pages, but then it picks up speed.

Alex is the typical badass heroine, with whom I couldn’t relate. Ethan, was great, but he had his flaws. But Ollie, darling sweet Ollie, twelve year old geek working for Brooks- he was why I read this book and gave it an extra star.

Alex and Ethan’s fights in the beginning are kind of illogical and unnecessary. I understand Ethan was meant to be kind of Four-ish, but no one can be Four. *smirks*

The storyline was a bit weak, it could have had a better collection of events with that unique concept. BUt it wasnt boring either, so I guess it was okay.

The end was very very stretched, and very predictable and anti-climactic. I expected atleast SOMETHING to happen.

Overall, its an okay read, which you can read if you have nothing else to read.

Have you read this book? If so, what was your opinion about it? Is there any book you want me to review? Comment below. 🙂

Ever since WordPress changed its format, I HATE writing here. I don’t know why. It doesnt work for me. But that’s just a bad excuse, I guess. I SO need topost more often 😦

Anybody else going through posting slumps?